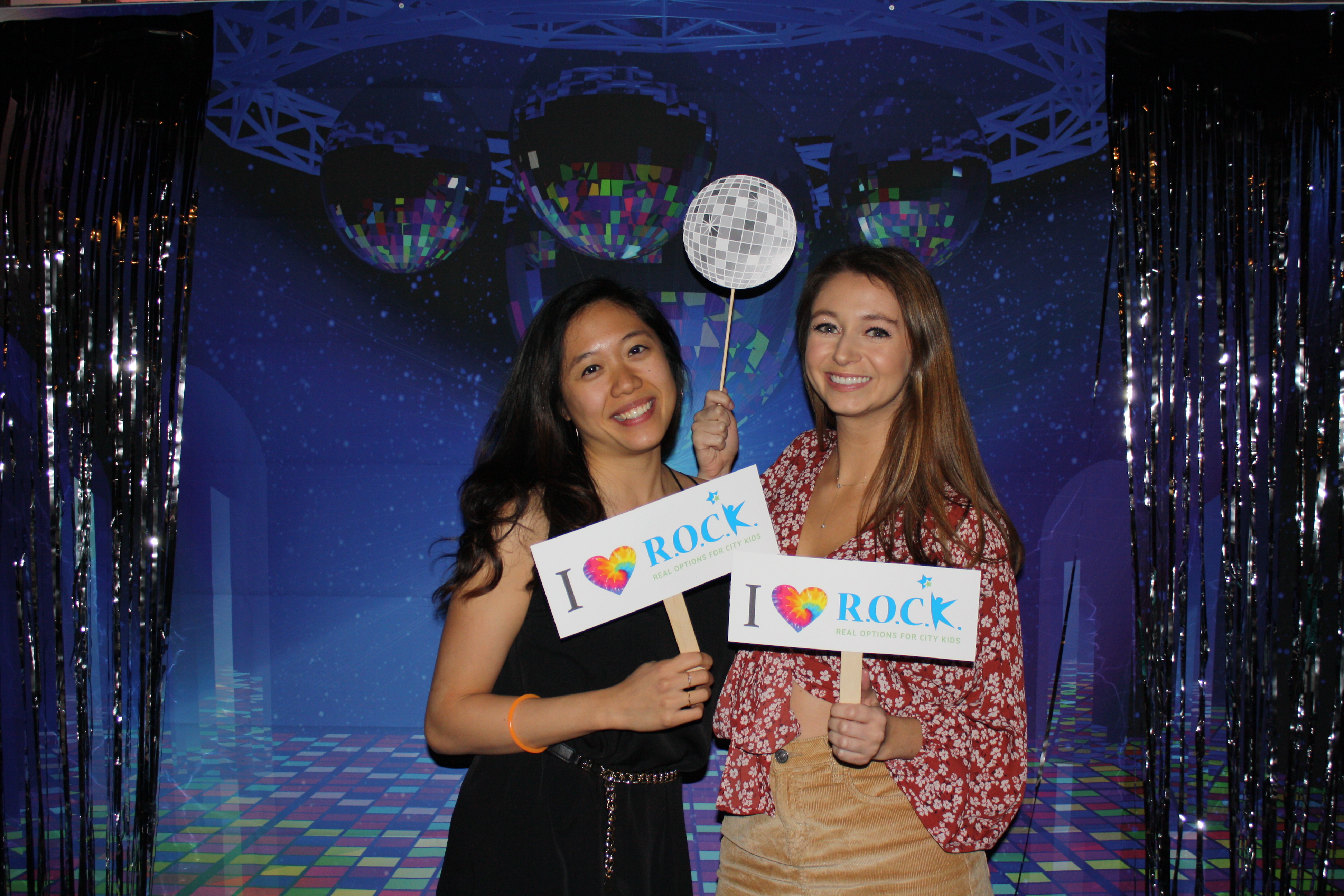 R.O.C.K.’s (not so silent) Silent Disco
Can you dig it?
By Hayley Walker, Marketing & Development Coordinator

When Curt, R.O.C.K.’s Executive Director, told me that one of our long-time supporters wanted to host an event benefiting R.O.C.K., I was excited. And when he told me that this event was going to be a silent disco extravaganza, I was ecstatic. This was the perfect opportunity to combine two of my favorite things—spreading the word about R.O.C.K. and grooving to the beat! 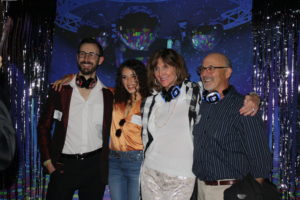 On Saturday, February 8th, more than 80 disco dudes and divas headed to Essi Wine Bar in the Marina. In addition to an awesome venue, we had shining disco ball balloons, a stellar photo booth with groovy props, and not one, but two awesome DJs. Guests enjoyed appetizers, endless oysters, and bottomless wine and champagne. We also had the opportunity to raffle off some high-end items, including a sail around the bay, a deluxe Giants game package, and a signed photo of Klay Thompson of the Golden State Warriors.

For those of you who haven’t participated in a silent disco event before, here’s how it works: guests each get a pair of their own over-ear headphones, which block out the environmental noise of the people who are already dancing and having a good time without music. The headphones have multiple channels, so guests can toggle between stations to find their perfect dance anthem. R.O.C.K.’s silent disco channels were synced with DJ #1, who was playing a techno/house mix; DJ #2, who was pumping out greatest hits; and a third station that functioned as a playlist of live request. As guests switch from one station to another, the LED lights on their headphones change colors—so if you’re not into what’s on channel 1 (blue) you can quickly hop over to channel 2 and see what song has everyone with green-glowing headphones so stoked! I can’t tell you how many times my fellow check-in staff shouted, “Hey, what’s on the red channel? Those people are getting down!” 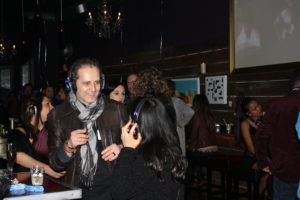 While surpassing our fundraising goal for the evening was incredibly fulfilling, the best part of the night was having the opportunity to share stories about R.O.C.K.’s impact. From long-time supporters to brand new faces, it was wonderful to meet so many people who wanted to hear about our 25 years of service and learn what’s in store for R.O.C.K. in 2020. I’m confident that our silent disco extravaganza connected us with several new additions the R.O.C.K. family.

A very special thank you to long-time volunteer, donor, and Honorary Board Member, Dave O’Mara, for making this groovy event possible. Want to throw a party for a purpose? Reach out to me at hayley@rocksf.org and let’s make it happen!