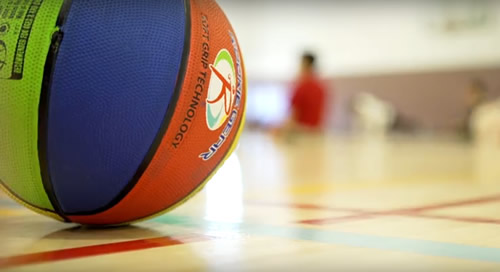 17 Apr How Do You Get a 7-Year Old to Eat Their Vegetables? Turn Them into Race Cars!

How Do You Get a 7-Year Old to Eat Their Vegetables? Turn Them into Race Cars!
By Jenna Watanabe, Marketing & Development Coordinator

It was a rainy day with cool temperatures, and a team of ten young adults from a video game company called Product Madness filed into the El Dorado Elementary School cafeteria. This particular group was on a mission to one-up the event they hosted the year before—a comic book and sock puppet workshop—quickly becoming one of the most celebrated groups we’ve had in to volunteer with our kids.  The kids couldn’t stop asking the Product Madness team, “When are you coming back?”

That’s why partnering with Product Madness for the second year was a no-brainer. The young creative talent was exactly what R.O.C.K. loves about volunteer groups—those who are simply passionate about helping kids and want to use their collective power to do something totally unique. After weeks of brainstorming, the Product Madness team decided on a racing event, complete with a slick blue race track and tools for each student to create their own race car.

But these were no ordinary cars. These ones were created with one of the healthiest foods in the world: cucumbers. 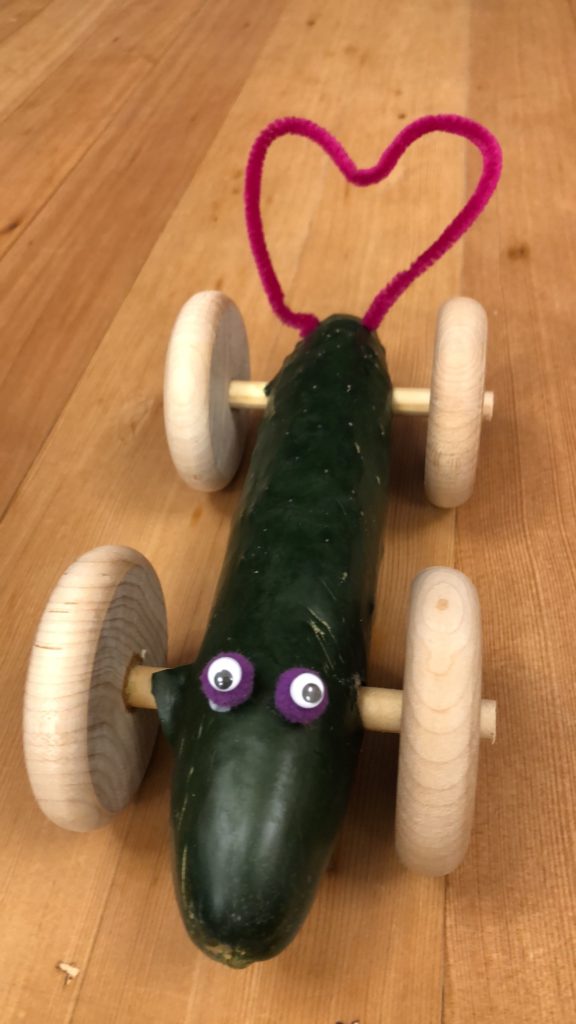 With the help of a local food provider and some solid carpentry work from one of their very own office staff, the Product Madness team helped over thirty 2nd-4th graders transform into mini-mechanical engineers for an hour. Each child punctured both sides of the green vegetables with small wooden wheels, ultimately drawing out so much cucumber juice on to the table tops, it was almost as if the cucumbers were trying to prove to us just how much they were made of water.

Cucumber pulp lined the forearms of all the mini engineers while we decorated our creations. The kids added colorful pipe cleaners, designed in ornate, personality-driven ways, ranging from lightning bolts to fire-colored streaks to mimic a speed boost. We even super-glued puff balls and googly eyes to really make the vegetables come alive. Most surprisingly, however, some of the kids resisted adorning their cucumber with accessories because they wanted to eat them later (while others simply ate them while they made it).  Regardless, the half-eaten, half-adorned cucumbers were ready to be put to the test.

We were off to the races!

The kids lined up with their cars, each one as unique as their personalities, ranging from fun and playful to fast and functional. They cheered each other on, celebrating whenever one car went further than the last. Our volunteers scurried around the cafeteria to mark the distance and keep track of the winning cars.

The Product Madness team awarded the top 3 fastest racers with board games, but kindly offered all participants large bubble wands–which the kids promptly added to the celebratory atmosphere of the race.

I think we all learned important lessons that day. That you absolutely should play with your food, and most surprisingly, if you want to get a 7-year old to eat their veggies—you must turn them into race cars.

Want to top this event and bring your company out for a volunteer day? Email jenna@rocksf.org to find out how.