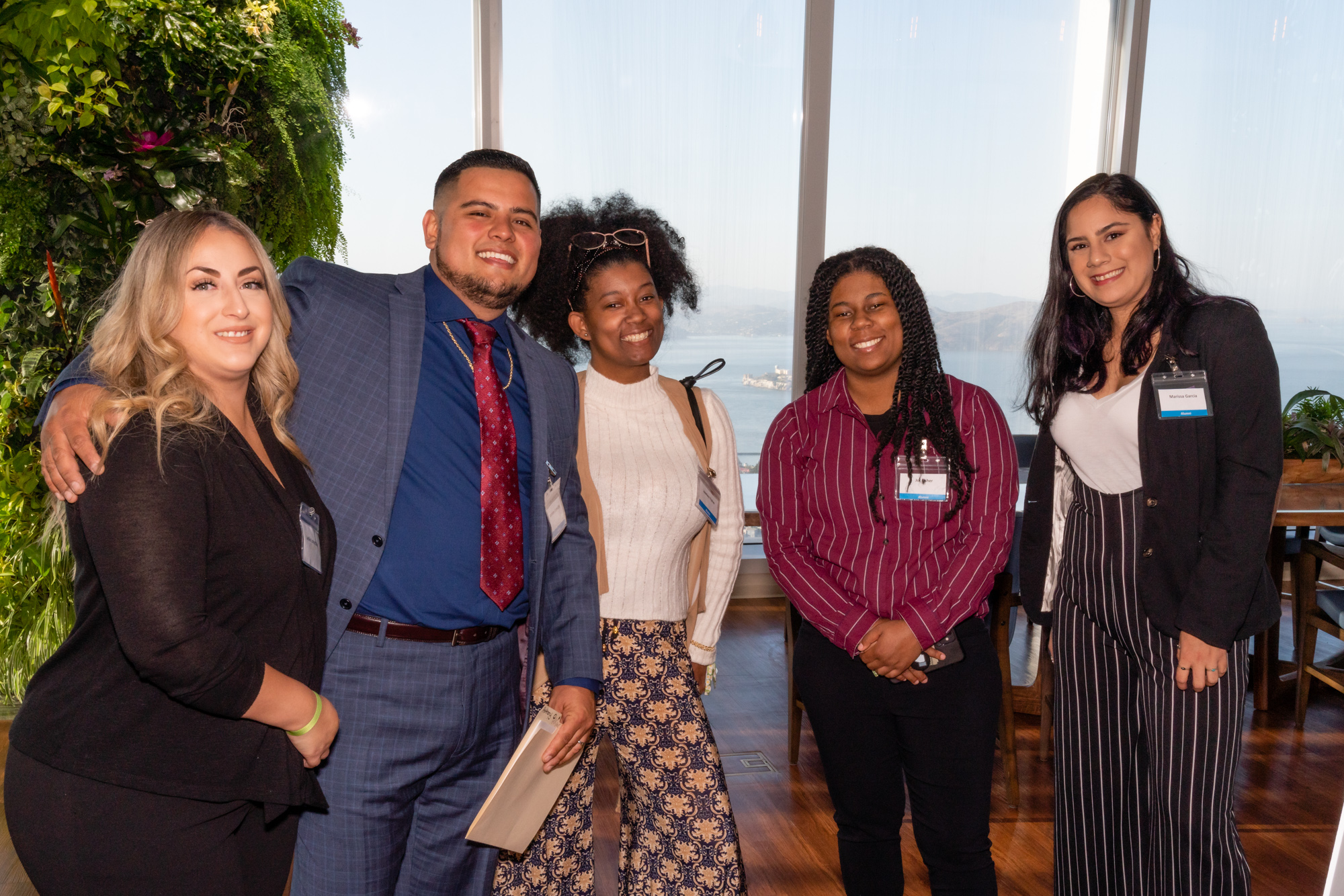 True R.O.C.K.-stars: Joi & Anthony
Two R.O.C.K. alumni whose powerful stories moved a crowd to tears and inspired many to give back.
By Hayley Walker, Marketing & Development Coordinator

I first met Joi in July of 2019, when Curt, R.O.C.K.’s Executive Director, and I were interviewing R.O.C.K. alumni for our Stories that R.O.C.K. video series. Within moments of meeting her, I was listening to her share her story while mic’d up in front of a rolling camera.

I didn’t meet Anthony until the evening of October 30, 2019—the night of R.O.C.K. Connect 25. However, I instantly felt like I knew him, and couldn’t fight the need to give him a hug as if we were old friends. 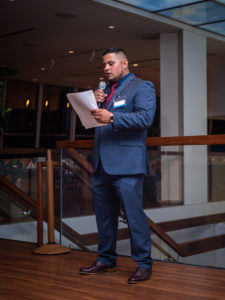 While I didn’t personally know Joi or Anthony previously, I had been exposed to a part of their lives that moved me. Prior to meeting them, Curt had given me a bit of background about their experience and involvement with R.O.C.K., so I had some context to add to the stories I would later learn. But what made me feel like I knew them—really, truly knew them—were the words that came from their own lips, the stories that poured out from their own hearts.

I’ve watched all of our Stories that R.O.C.K. videos countless times, and I often forget that I haven’t known these R.O.C.K. alumni since they first began Skill Drills back in the early 2000s, or since their first day at R.O.C.K.’s after school program in the 90s. I forget that I’m just learning their stories now, as they bravely share them with the rest of the world.

When I saw Joi and Anthony on the night of R.O.C.K. Connect 25, I told them how the pieces of themselves that they shared for Stories that R.O.C.K. made me feel so close to them. Together, we smiled and laughed and tried to shake off some of the nervous energy that accompanied them as they prepared for what they were about to do: share their stories in front of a room filled with over 200 people. I remember telling Joi that she could look for me at the donation table if she got anxious, because I’d be there rooting her on. I told her that I’d be holding an invisible sign that said “GO JOI!” in big letters.

When Joi and Anthony took the stage, the energy in the room changed drastically. The evening was already filled with so 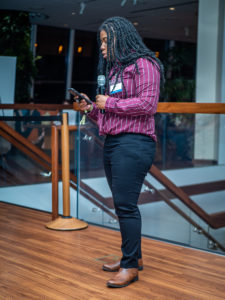 much love and positivity, but with the sharing of their stories came an inevitable flow of emotion. Their speeches were filled with things many of us have never had to face: living in the projects, gang violence, abuse; but also with common themes that tie us together as humans: hope, resilience, love. They talked about the struggles in their lives, but also about the love and support they received from family, friends, and R.O.C.K. during their childhoods and into adulthood. They talked about how R.O.C.K. helped them escape their troubles, and how it gave them opportunities to escape their neighborhoods and see the world beyond San Francisco. I looked around the room during their speeches and watched as guests learned about Joi and Anthony for the first time. Heads nodded in disbelief; hands wiped tears away from unsuspecting eyes. Friends stood a little closer together than they had earlier in the evening.

At the end of the speeches, the audience was visibly and audibly moved. Tears and laughter turned into applause for the determination and perseverance of both Joi and Anthony. After the event, I received numerous emails from guests who reflected on the power of the stories they heard at R.O.C.K. Connect 25. To say that guests were inspired would be an understatement—they were in awe.

I’m honored to know Joi and Anthony, and to know some of the stories that helped shape them into the amazing people they are today.

You can learn more about these two incredible R.O.C.K. alumni at rocksf.org/storiesthatrock.